Many a times brands think that SEO alone can generate revenues for them, but a good digital marketing practice is not about bringing the web page on top of the search engine but also should engage customer; SEO brings you at the top but not provide the right customer because of the lack of awareness. SEO alone in the digital world is a short term objective, which has to be properly tied up with other digital methods.
Similarly social media drives the attraction and gets the Brands to engage with people and talk about the brand; but when it comes to the other side of the market customer need to figure out the brand. For example Sales and marketing should be talked as a set even though they are of two different subjects every marketing action leads to sales, where social media marketing is an AIDA(Attention, Involvement, Desire, action)  strategy in which the last A(Action) cannot be achieved only with social media.
Social media acts as a platform to promote brands but not as a selling tool. When it is SEO driven social media or social media driven SEO it can produce the best of results. For example travel agents, restaurants and medium scale organisation do more work on the later method instead the former one. 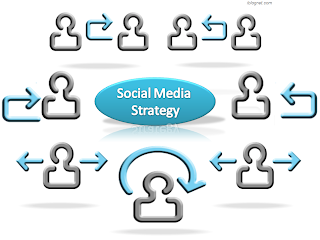 Social media deciphers the online tools that people use to share content, profiles, opinions, insights, experiences, perspectives and media itself, thus facilitating conversations and interaction online between groups of people. Most of the marketers have misconception that social media is a mixture of Facebook and Twitter. Social media is far more than the two most visible sites, Facebook and Twitter. Social media is about websites and services that use social interaction among users to generate content, and then user-generated content to generate interaction! I would argue that social media is not limited to websites but services through smartphone apps and other devices as well.
Social media means that users are not just the consumers but the creators of content as well. YouTube is a good example of social media, as well as Pinterest, Tumblr, and other micro blogging services. There are some that have talked about the SEO-like experience provided by MMORPGs (massively multi player online role playing games). At its core, it deals with the dissemination of information and experience through interaction. Face book and twitter might help you to talk your brand and create awareness and they might be the heart of social media hub but positioning only in a part of medium can create malfunctioning of the brand.
Posted by Unknown at 21:05